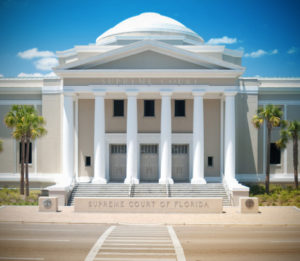 On November 3, 2016, in the case of Bartram v. U.S. Bank N.A., the Florida Supreme Court ruled in favor of lenders in a decision that homeowners’ advocates say will create renewed uncertainty for borrowers about whether they can stay in their homes.  In a nearly unanimous decision, the Court determined that mortgage lenders can file new foreclosures against borrowers who won their cases more than five years ago if the borrowers defaulted again within five years of the first case’s dismissal.  Homeowners argued that banks should abide by the same limitations period as every other litigant in the State of Florida.  The Supreme Court, however, showed its true colors by essentially carving out a “bank friendly” exception to the five year rule in mortgage foreclosure cases.

The Court made it clear that, for purposes of the statute of limitations, whether the prior foreclosure action was dismissed with or without prejudice has no bearing on whether a lender may file suit on a separate default (i.e., a new non-payment event).  Also where there is a new default post-dismissal, the lender can file a second (or third, or fourth, and so on) foreclosure and accelerate the entire debt so long as it does so within five years of the new default.  In short, this means a lender that filed previous foreclosures that were dismissed, can now send out a new non-payment letter to the homeowner and keep foreclosing for the entire amount due as many times as needed until the borrower either reinstates the debt, modifies the loan, or loses the house at a foreclosure auction.  The Supreme Court decision will result in a new round of foreclosures throughout Florida, reigniting collection on thousands of loans that had been in a holding pattern due to prior dismissals, and will have a major impact on borrowers whose foreclosure cases were dismissed and who thought they owned their homes “free and clear.”

There are several ways to defend the anticipated assault on Florida homeowners by lenders, and you can contact us for information on some qualified foreclosure defense attorneys. Initiating a well-documented loan modification application can short circuit the foreclosure proceedings. Under guidelines by the Consumer Finance Protection Bureau, a loan servicer may not initiate a foreclosure action while it is in the middle of reviewing a borrower for modification. If a foreclosure is filed, you must be prepared with an aggressive attorney to defend the action, raise every available defense and counterclaim under law in order to negotiate a settlement or prevail at trial.

If you, or anyone you know is having difficulties maintaining their loan, or possibly defaulted since their last modification contact us at your earliest convenience to discuss the market trends, and how we can help.